As A Neuroinflammation Inhibitor, C8G Is Expected To Treat Alzheimer's Disease 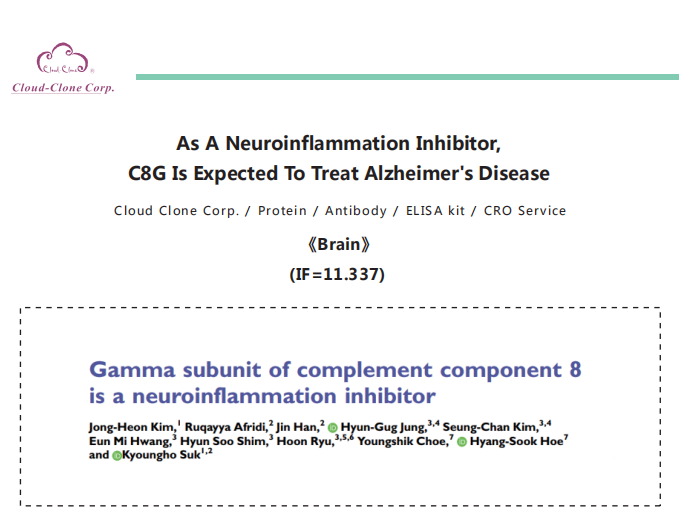 On 31 December, 2020, professor Kyoungho Suk from Kyungpook National University published a paper on Brain. The paper titled Gamma subunit of complement component 8 is a neuroinflflammation inhibitor. 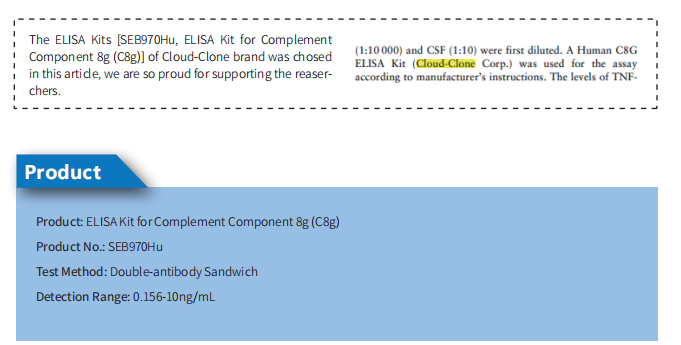 The complement system is part of the innate immune system that comprises several small proteins activated by sequential cleavages. The majority of these complement components, such as components 3a (C3a) and C5a, are chemotactic and pro-inflflammatory. However, in this study, we revealed an inhibitory role of complement component 8 gamma (C8G) in neuroinflflammation. In patients with Alzheimer's disease, who exhibit strong neuroinflflammation, we found higher C8G levels in brain tissue, CSF, and plasma. Our novel fifindings also showed that the expression level of C8G increases in the inflflamed mouse brain, and that C8G is mainly localized to brain astrocytes. Experiments using recombinant C8G protein and shRNA-mediated knockdown showed that C8G inhibits glial hyperactivation, neuroin-flflammation, and cognitive decline in acute and chronic animal models of Alzheimer's disease. Additionally, we identifified sphingosine-1-phosphate receptor 2 (S1PR2) as a novel interaction protein of C8G and demonstrated that astrocyte-derived C8G interacts with S1PR2 to antagonize the pro-inflflammatory action of S1P in microglia. Taken together, our results reveal the previously unrecognized role of C8G as a neuroinflflammation inhibitor. Our fifindings pave the way towards therapeutic containment of neuroinflflammation in Alzheimer's disease and related neurological diseases. 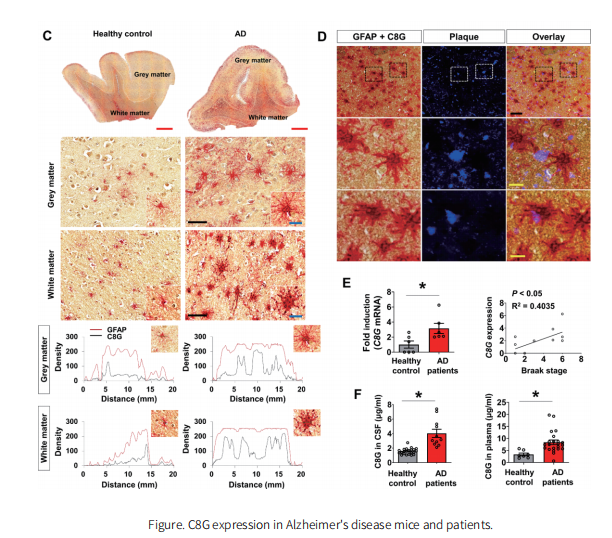 The nervous system is a system that plays a dominant role in the regulation of physiological functions in the body. It is mainly composed of nerve tissue and is divided into two parts: the central nervous system and the peripheral nervous system. The central nervous system in turn includes the brain and spinal cord, and the peripheral nervous system includes the cranial nerves and spinal nerves. In biological individuals, exercise the role of "command" and control the coordination of various tissues and organs of the body. Neurological diseases may be caused by external factors or personal genetic factors, including cerebrovascular diseases, periodic paralysis, progressive muscular dystrophy, myotonic dystrophy, and ataxia. Nervous system diseases are diffiffifficult to cure at the current medical level, mainly relying on early prevention and treatment. Therefore, early diagnosis and early intervention are of great significance for improving the long-term prognosis of neurological diseases.With the rapid development of genomics, proteomics and metabolomics, some indicators related to the occurrence or development of nervous system diseases, such as BDNF, GFAP, SAA, etc., have been found to be early diagnosis of some neurological diseases. An indicator of prognostic diagnosis 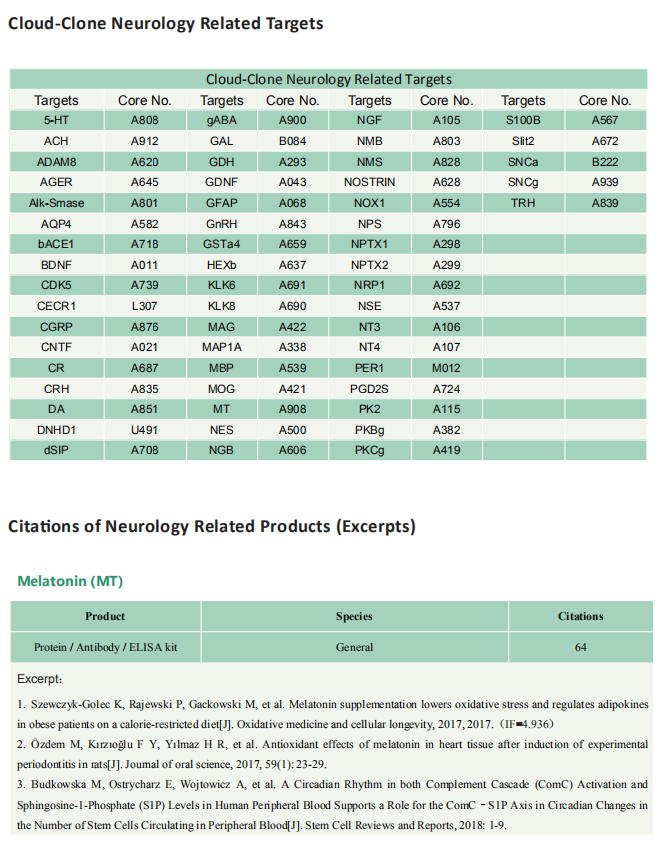 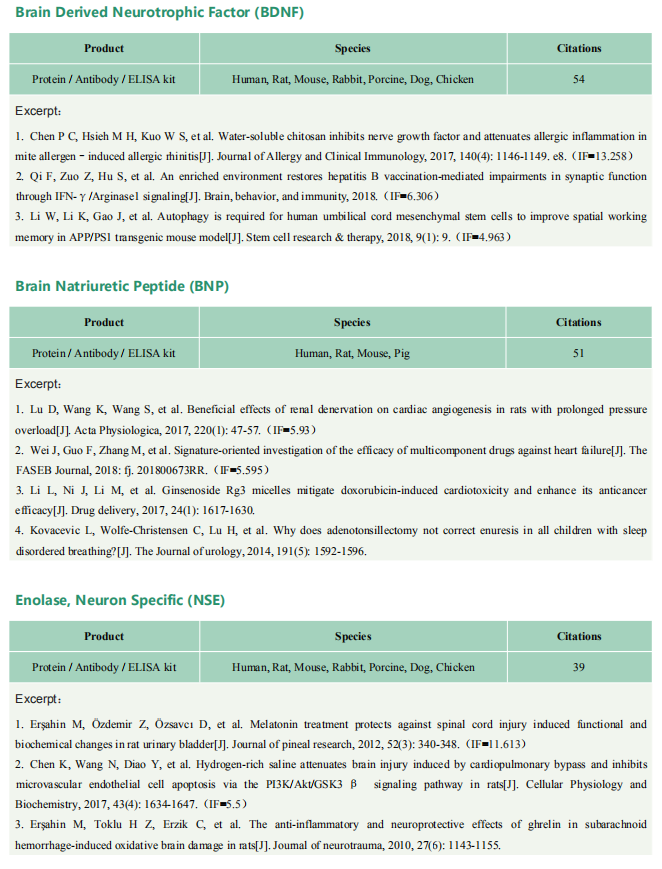 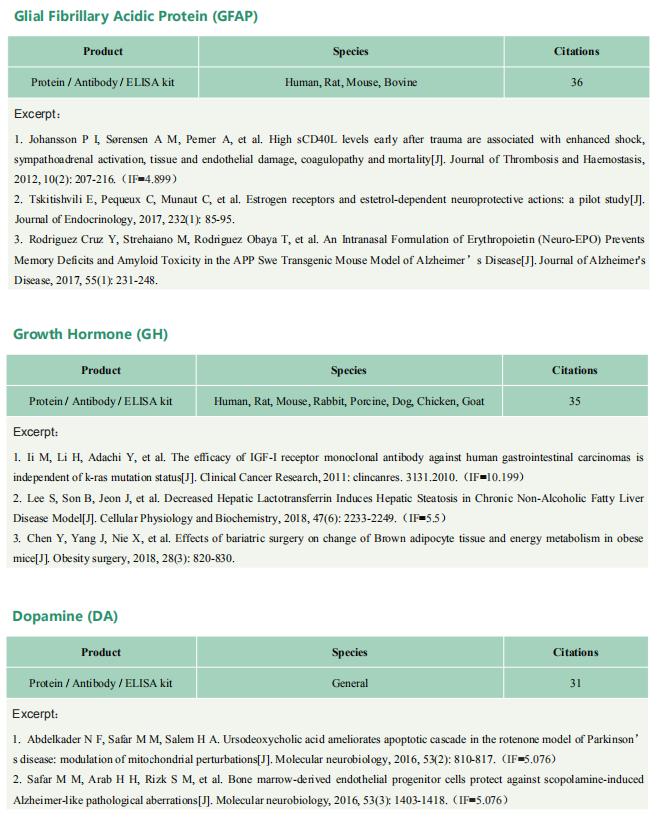