Renalase is a newfound enzyme. It is a flavin adenine dinucleotide (FAD)-dependent amine oxidase that is secreted from the kidney. The gene encoding human Renalase is located on chromosome 10, containing 9 exons. The Renalase protein has at least 4 subtypes, 2 of which (H-Renalase1 and H-Renalase2) have complete amine oxidase region, while the other 2 have incomplete amine oxidase region. Current studies showed that Renalase could metabolized the catecholamines in blood circulation system via some unknow mechanism, to regulate heart function and blood pressure, which is different from some other known FAD-dependent amine oxidases mechanism of action, such as monoamine oxidase (MAO)-A and (MAO)-B. Corresponding studies also showed that concentration of Renalase in plasma was significantly decreased in chronic kidney disease (CKD) and end-stage renal disease (ESRD) patients, associated with the presence of a high risk of cardiovascular complications, indicating that Renalase was also associated with the occurrence of blood vessel diseases. 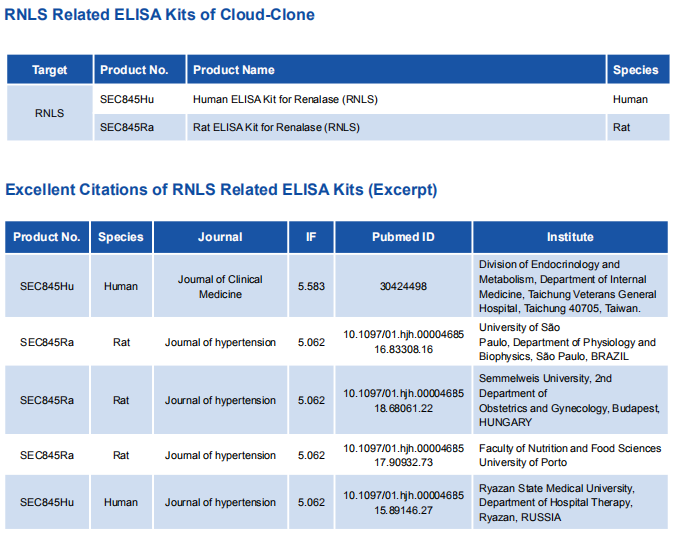 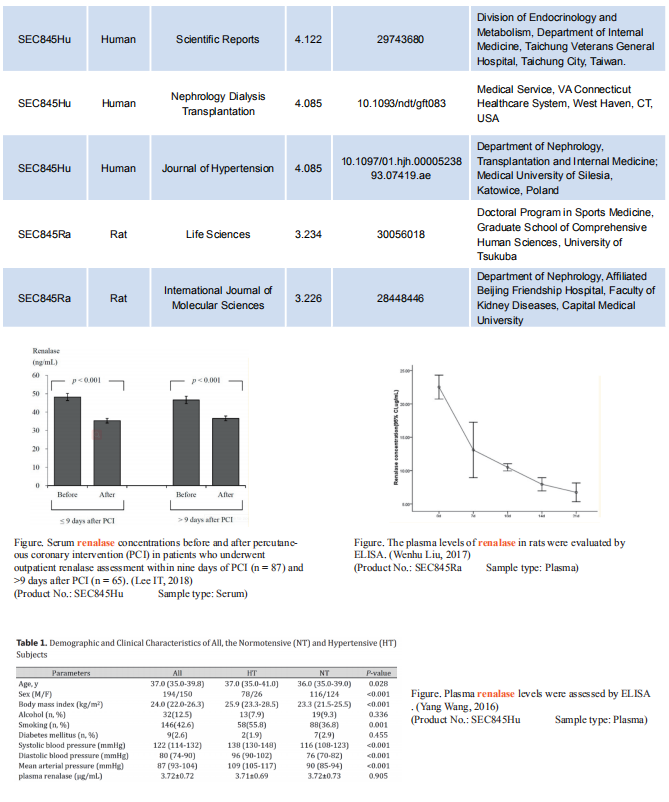