As the original manufacturer, Cloud-Clone pays great attention to the development and verification of each product. After 10 years of unremitting efforts, Cloud-Clone has gradually narrowed the gap with the international brand, and even surpassed it. 14,000+ SCI Publications are the irrevocable evidencefrom the scientists. At the same time, Cloud-Clone product also helps a large number of irrevocable evidence to publish in top academic journal such as “Nature”. 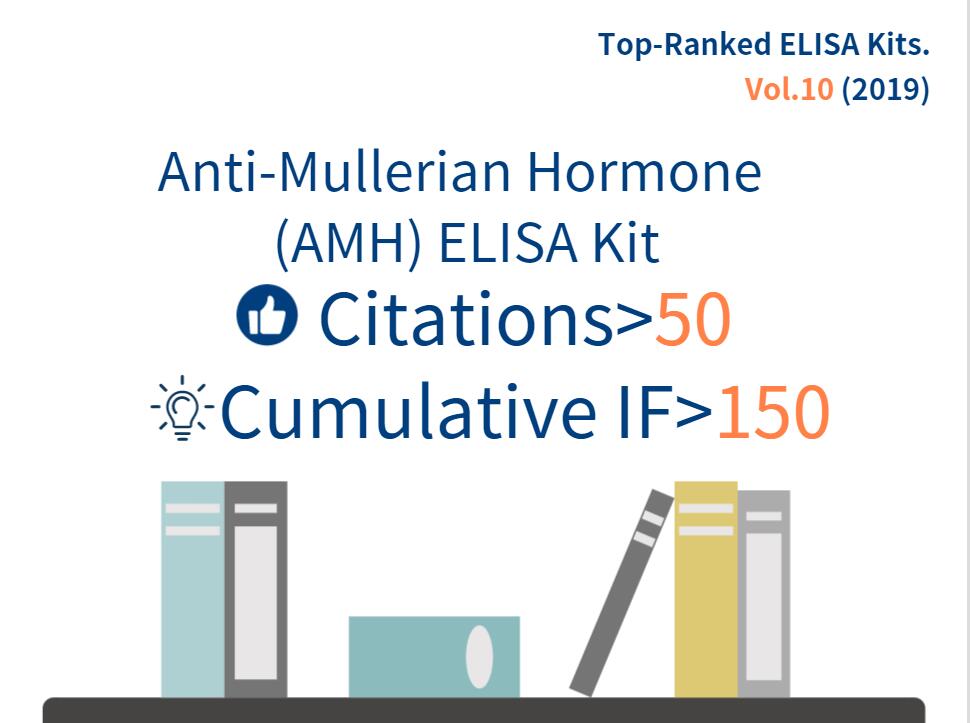 Anti-Mullerian Hormone(AMH), also known as Mullerian Inhibiting Substance(MIS), belongs to Transforming Growth Factor-β(TGF-β) superfamily. Mature AMH binds two identical 72 KD monomers by disulfide bond to form a dimer glycoprotein, which plays a biological role in binding with AMH receptor II (AMHR II). In assessing ovarian reserve, AMH was earlier than FSH, Estradiol (E2), InhibinB (InhB) and Antral Follicle Count (AFC) in reflecting the decline of ovarian reserve with age, and its level was not affected by menstrual cycle, hormonal contraceptives and pregnancy. Therefore, AMH is one of the most stable, reliable and convenient indicators of ovarian reserve function, and it is one of the important indicators of pre-pregnancy checkup for women of childbearing age. 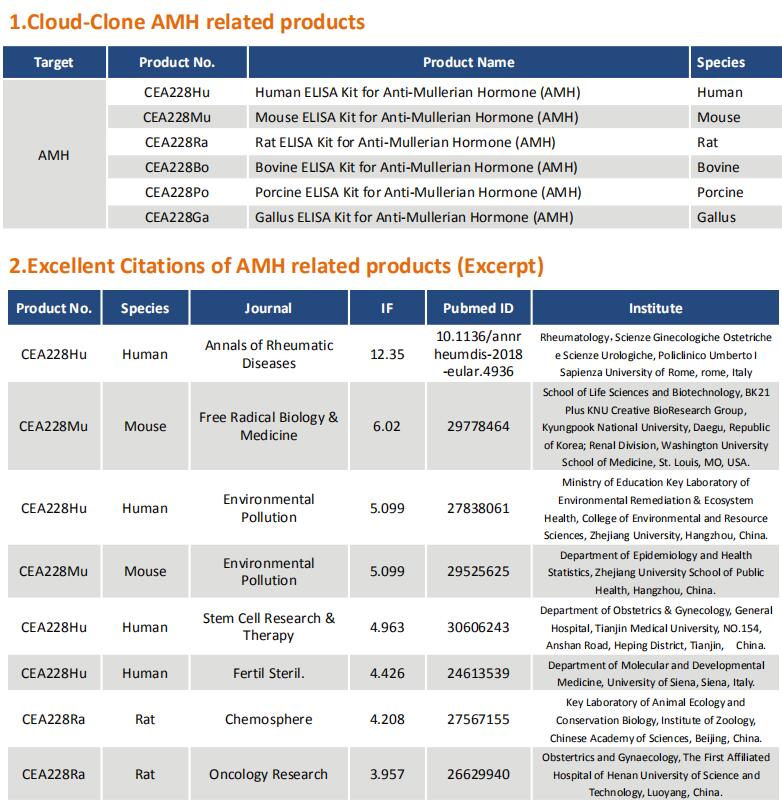 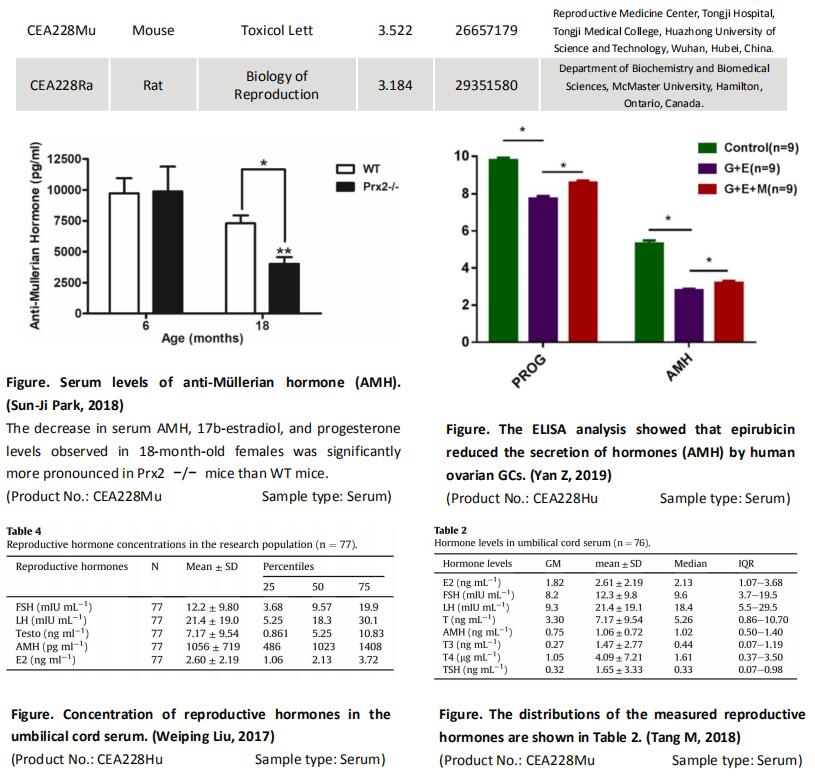 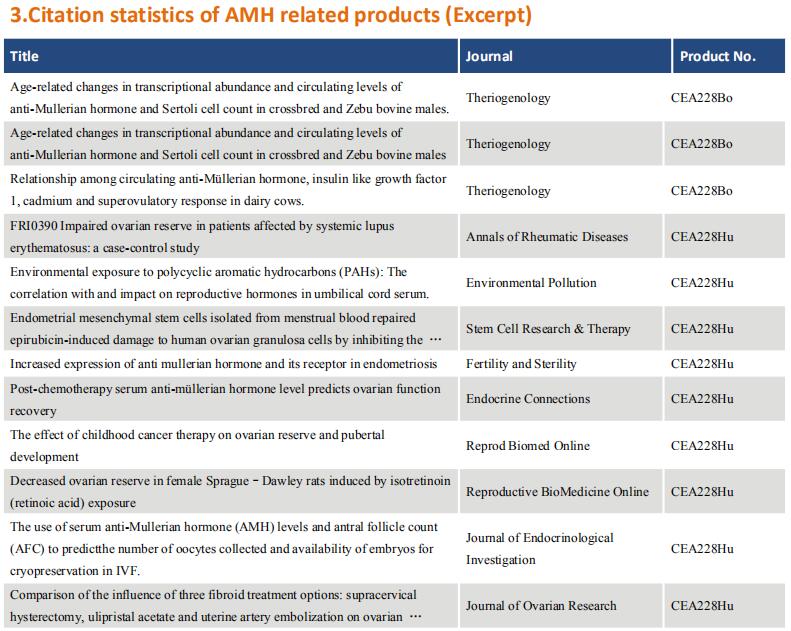 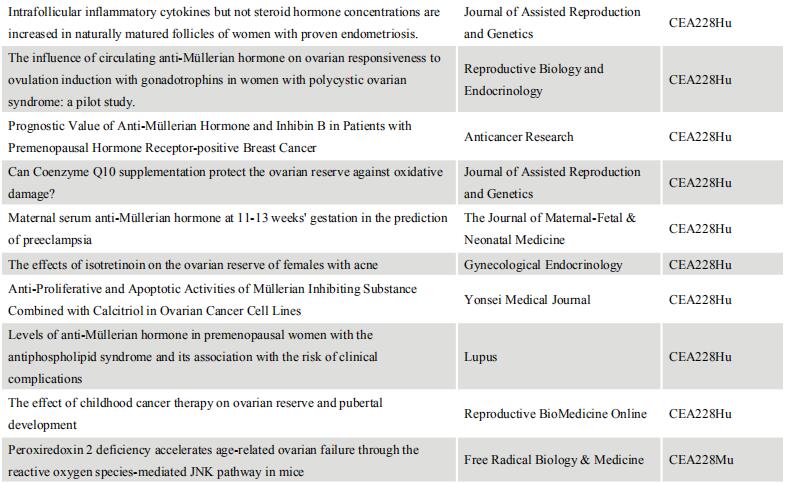 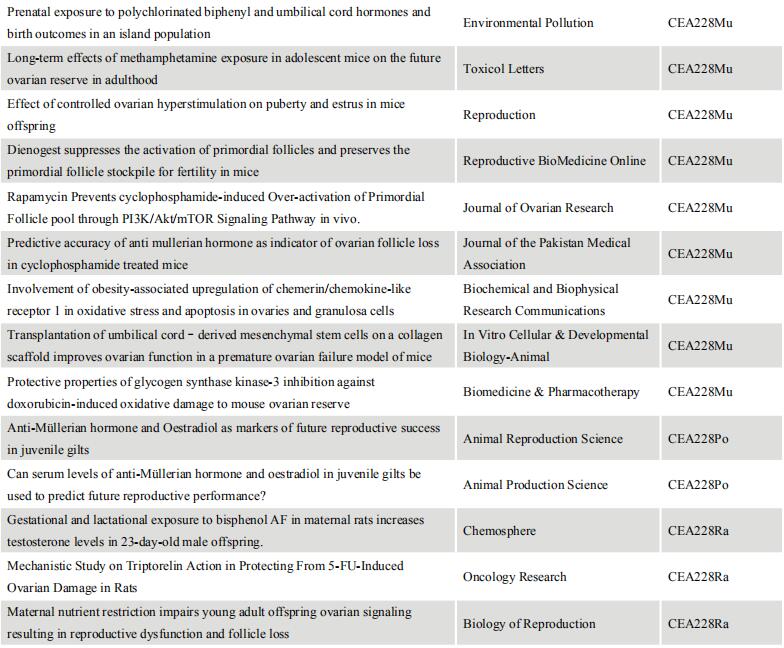 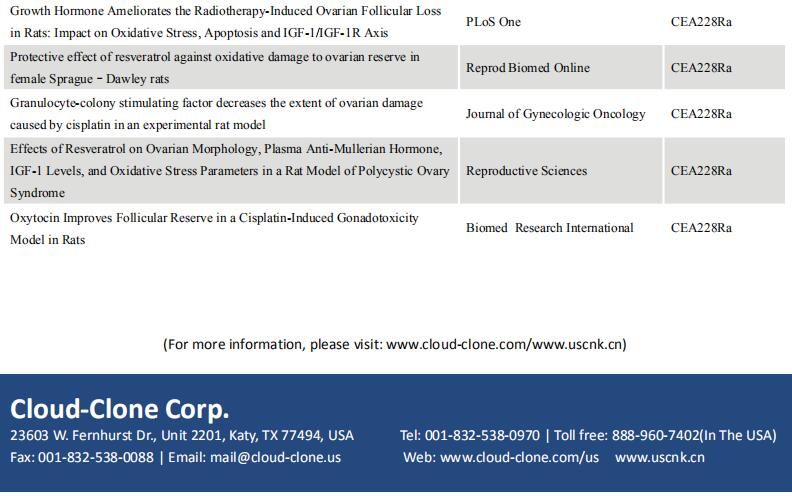